All aerial wall murals and examples shown were produced at our in-house printing facilities. Terra Flight Aerial Imaging operates an in-house graphics facility capable of outputting a variety of hard copy aerial photographs. No outside vendors are used. This gives us total control over the quality, accuracy and the ability to meet stringent delivery schedules.

In all the examples shown below, Terra Flight provided new aerial imagery. 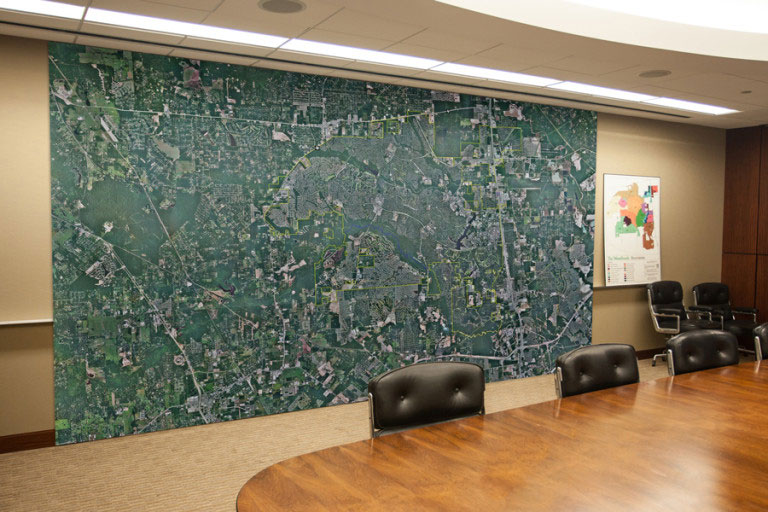 This wall mural was provided to a master planning real estate developer. The overall project required new imagery of an area covering 180 square miles and delivery of a digital ortho image at a pixel resolution of 20 CM GSD.

The overall size of the installed wall mural was 126” X 240” at a scale of 1” = 500’. The mural also contained a complex set of graphics to customer specifications. 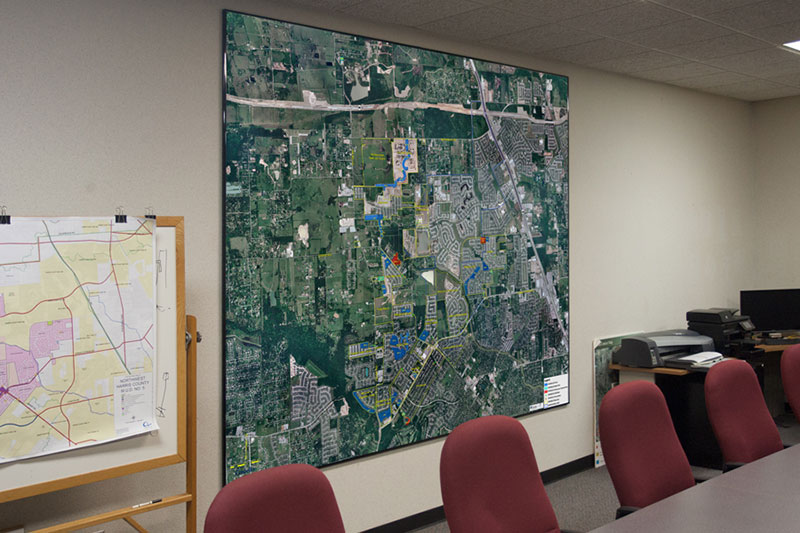 This aerial wall mural along with a new flight was provided to a Municipal Utility District. This mural is installed in the district’s conference room where monthly public meetings are held to discuss the many issues that arise routinely for a MUD district. 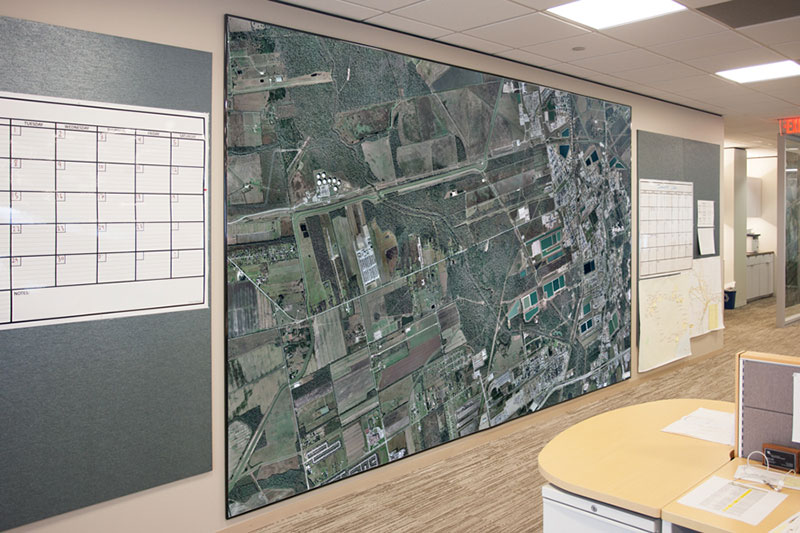 This example of an aerial wall mural is installed in several locations of a mid stream petrochemical storage facility which is located in Southeast Texas. This aerial wall mural covers an area of approximately 140 square miles and its overall size is 96” x 162” at a scale of 1” = 500’.

In the example shown here, this wall mural is installed in the corporate offices in downtown Houston.

This same aerial wall mural as shown in Example 3 above, is also installed in the same customer’s corporate offices but is printed on a transparent material being mounted and displayed on a glass wall used as a room divider. 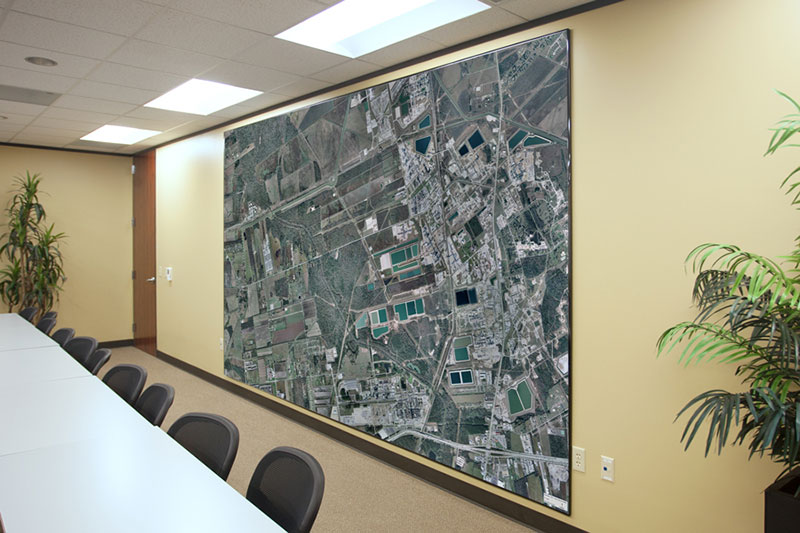 In this example, the same aerial wall mural is installed at the plant site location in a meeting room where safety and training meetings are held.